RICHMOND, VA (July 9, 2018) – The Boys Elite Clubs National League is excited to announce the member clubs that will participate in the Boys ECNL for the 2018-2019 season. With the new addition of both the Mid-Atlantic and Mountain Conference, the Boys ECNL will expand to seven conferences in its second season.  In addition, fourteen new clubs will join the league in conferences across the country for the 2018-19 season, bringing the total membership to 71 member clubs.

“The first season of the league was very good, and we are excited to build and improve on every aspect of the league for 2018-19,” said Boys ECNL President Christian Lavers.  “The new clubs, new conferences, and new regular season events have already added great quality and value to the platform, and we will continue to support the needs of every member club in the league as we work to raise standards in development, competition, and environment.”

Boys ECNL teams performed exceptionally well at the first ever ENPL Post-Season Playoffs last week, with Ohio Premier claiming the inaugural ENPL National Championship at U19. ENPL National Champions at U14, U15, U16, and U17 will be crowned this weekend in Aurora, CO at the ENPL Finals, with 8 Boys ECNL teams in contention across the 4 age groups. 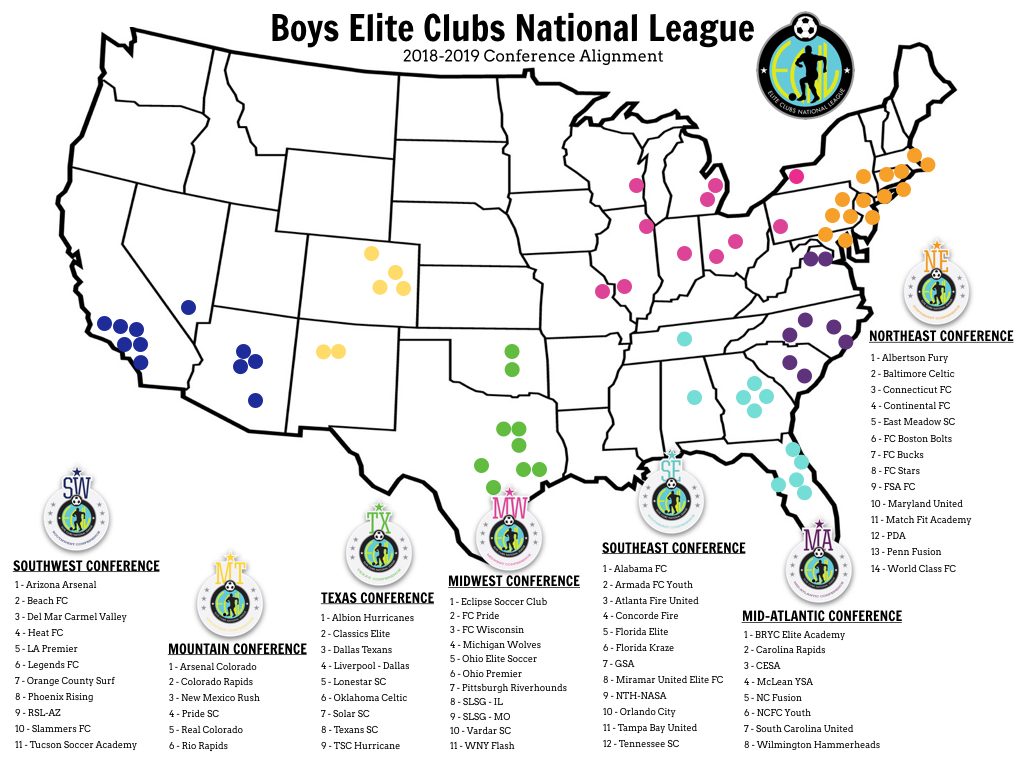 About Boys Elite Clubs National League: Boys Elite Clubs National League (Boys ECNL) was founded to provide a top class, club-based development, training, and competition platform for youth male soccer players in the United States. The mission of the Boys ECNL is to improve the landscape for players in the United States through innovative, player-centered programming that raises standards of quality and improves the player experience in all aspects of the game. The Boys ECNL is sanctioned by US Club Soccer.