RICHMOND, VA (December 6, 2018) – As the NCAA Division I Men’s Soccer College Cup looks to kick off in Santa Barbara, CA, this weekend, we take a look back at the first ever national champions from Boys ECNL – the Ohio Premier Boys ECNL U18/U19 team who won the ENPL National Championship on July 3, 2018. The players from that team have since moved on to college, many of them very successfully. Leading this group of Boys ECNL Alumni in college freshman year success were Hector Gomez (Midfielder at D3 Ohio Wesleyan University, 2018 North Coast Athletic Conference Newcomer of the Year and 2nd team All-NCAC), and Emeka Eneli (Midfielder at D1 Cornell University, 2018 Ivy League Rookie of the Year and 2nd team All-Conference).

With their first college seasons now completed we took some time to talk to a few of the players and Coach Travis Wall from the 2018 national championship winning squad. 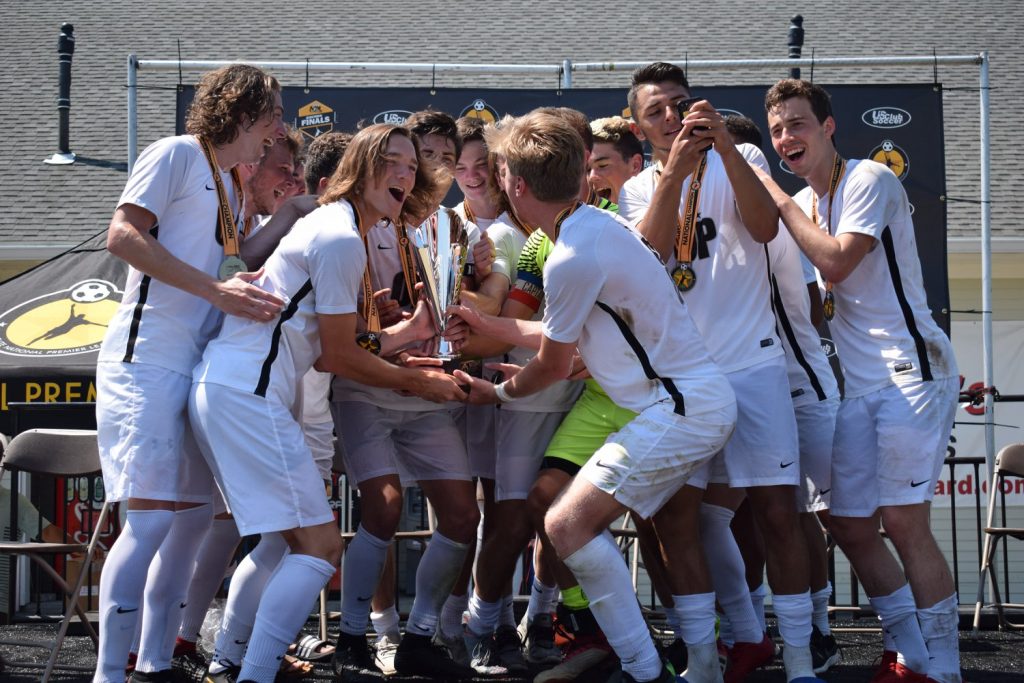 Boys ECNL: Coach Wall, what was your first Boys ECNL season like as an experience? What were the matches and national events like, from a coaches’ perspective?

Travis Wall: Our first season in ECNL was a positive experience. With it being the first year on the boys’ side, there were a lot of unknown aspects of what the league would be like but it was conducted in a professional manner—especially the national events which allowed for a positive experience for the players.

Boys ECNL: In your opinion, how was the inaugural ENPL Boys ECNL U18/19 national champion team representative of OP as a club?

TW: I think the team was representative of the club in the sense that probably 8 – 10 guys on the team had been with the club since they were 10 years old. This core of players had been through a lot in the club and we continued to add some other great pieces along the way, but this team represented the club in the sense that the three pillars of OP are dedication, discipline, and teamwork. Our players made a lot of sacrifices to get to where they got—lots of weekends, lots of school nights were given up for our team. The discipline to continue to make those same sacrifices and not waiver in their commitment, and the teamwork to navigate not just one great year together, but really the last 8 – 9. This team has been good since the beginning but they have gotten better every year and that is due to the fact that each year we got further and closer to the ultimate goal—winning a national championship.

Boys ECNL: What were the most defining characteristics of the ENPL champion team?

TW: I think the guys were relentless during the ENPL finals and really all year. We got a very hard draw playing the defending NPL National Champions in the 1st game, the defending USYS National Champions in the 2nd game, and a very talented GPS team in the 3rd group game. When the draw came out I was actually pleased because they have always been a team that plays to the level of their competition and I knew they’d be excited and ready for these games. I could describe them in so many words, but “relentless” really sums it up. They are a team who had the perfect balance of having fun and messing around with your best friends while also being as serious as could be when the situation called for it.

After talking with Coach Wall, we caught up with a few players as well: Matt Walters, a freshman Defender at Bowling Green State University (D1), Matt Stritar, a member of the Ohio State University club team, and Hector Gomez, a freshman Midfielder at Ohio Wesleyan (D3) and 2018 North Coast Athletic Conference Newcomer of the Year and 2nd team All-NCAC selection.

Boys ECNL: What was it like to play in the Boys ECNL in your senior year? What were your impressions of the league and events?

Matt Walters: The events we went to were top notch. Going to San Diego and the ECNL Nationals were experiences I will never forget. The atmosphere, and the competition were some of the best in the country.

Hector Gomez: Yeah, it was a different experience, I’ve always played MRL and national league. The national events were competitive and fun.

Boys ECNL: What was the ENPL post-season experience like for you?

MW: The ENPL postseason was one I will never forget. My team and I have been so close to winning a National Championship in previous years, and to finally achieve that goal during our last run with that team was great. With going down 1-0 and then battling back to win it 3-1 is a game and experience I will never forget.

MS: The National Championship tournament was great.  It was our last go at winning it all and we were able to do so which was exciting for us and everyone back home supporting us.  My favorite part was hoisting up the trophy at the end.

Boys ECNL: How do you feel the Boys ECNL competition and your club helped you prepare for college?

HG: The competition and my club helped a lot in preparing me for college. The level of play and styles we faced all are things that I saw in college and made it easier to accommodate to it.

MS: Ohio Premier helped me grow not only as a soccer player but also as a person.  The coaches, players and parents that are a part of this club are the best there are and helped me turn into the person I am today.  Joining the ECNL in the last season gave us more exposure to college coaches, exposure to different clubs we had not played before, and another opportunity to win a national championship. 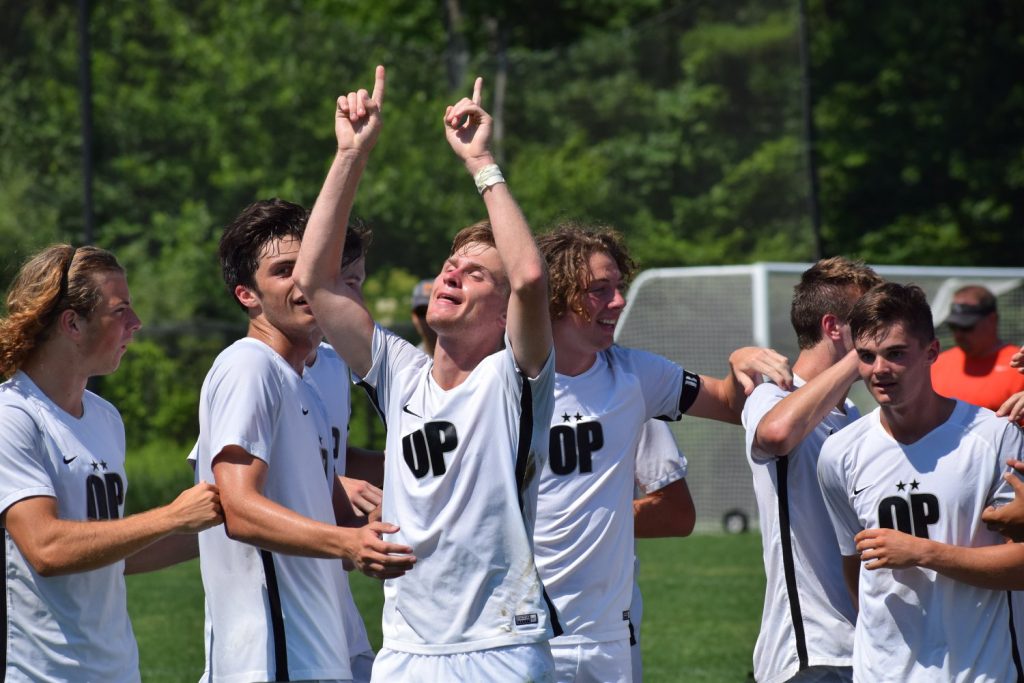 Boys ECNL appreciates the time Coach Wall and the players took to respond to our questions, and we look forward to following the paths of the first Boys ECNL alums on and off the field.

Where are they now? Players from the 2018 OP boys ECNL U19s in college:

About Boys Elite Clubs National League: Boys Elite Clubs National League (Boys ECNL) was founded to provide a top level, club-based development, training, and competition platform for youth male soccer players in the United States. The mission of the Boys ECNL is to improve the landscape for players in the United States through innovative, player-centered programming that raises standards of quality and improves the player experience in all aspects of the game. The top Boys ECNL teams qualify for the Elite National Premier League (ENPL) Post Season.

[SoccerAmerica] Closing the gap between curriculum and methodology: A necessity for development